I was born into an abusive, dysfunctional, and mentally ill family. Physical, mental, verbal, emotional and sexual abuse were all a part of my life by the time that I was five. Genuine love was also a part which made it even more confusing. Because of the trauma’s I was unable to cope with, I began to dissociate at the age of two. This led to a disorder now known as DID (dissociative identity disorder) formally called MPD (multiple personality disorder). I suffered domestic violence for years, almost to the point of death until these marriages finally ended in divorce, yet another form of pain. Anyone who has been divorced knows the pain of which I speak. In 1990 I was diagnosed with 100+ “personalities” or “alter-ego’s”. By then I had been hospitalized a dozen times, and had tried to take my own life several times. In 1987 I married my husband Ed, who by the grace of God was able to keep me and his sanity! But there came a time when I could not go a single day without switching which made every aspect of my life, and my family’s a living hell. There were good times, but they fell short by comparison. Then in my darkest hour, the spirit of God came down from Heaven and saved me! In November 1995 I was channel surfing and came across Cornerstone Television. Frankly, it was the title of the sermon that got my attention. It was “Get out of your mind and into the Word” and I said to my selves (lol) well I’m half there! Richard Roberts was giving his testimony of the stress that almost drove him to a nervous breakdown had it not been for the joy of the Lord which caused him to laugh instead. It was very funny and true, how the presidency of Oral Roberts University was passed to him by his father, along with a 40 million dollar debt! As I was watching his testimony I began to laugh. Then the program was over but I couldn’t stop laughing, everything was funny to me. I laughed and laughed. I laughed for 3 days! Then on the 4th day, I realized I hadn’t switched in 4 days. This was not the norm but then again not much was. I then inquired of one of my “personalities” P.T., basically to say “what’s up, it’s quiet in there”. That was my revelation moment that I knew that I was healed, when the very thought of being anybody but just me was absurd! I couldn’t even relate to it. What I didn’t realize was that I had been drunk in the spirit for 3 days while the Lord was completely healing, delivering and restoring me to the person I am today. PRAISE GOD! In the words of that old hymn Nothing But The blood, “What can wash away my sin, nothing but the blood of Jesus. What can make me WHOLE again, nothing but the blood of Jesus.”

Even now there is still debate as to whether MPD is a dissociative disorder as defined by psychiatry, or whether it is demonic as is thought by many churches and believers. Personally, I believe it is both. There were some instances of demonic manifestation and supernatural strength that I’m sure were demons, yet certainly not all. However, whether I was “healed” of a disorder brought on by years of abuse, or “delivered” like many women in the Bible, (Mary of Magdalene was delivered of 7 demons), either way you look at it…ALL THE GLORY TO GOD!

God called me to go to India “alone” in November of 2000 and many souls for Christ were the fruit of that divine call. I returned again in April 2007 and the mission farm was established by Progressive Faith Ministries. I was ordained Reverend on May 6, 2007 in India by Progressive Faith Ministries, a ministry I have been a part of for seven years and with whom I share a common vision. Many miraculous things happened during that time. People were saved, healed and delivered. Praise God! “Not by might, nor by power, but by my spirit says the Lord.” Zechariah 4:6

I have written an EBook called “To India With Love” in order to share many of my experiences in India which can be read online. I am also a Gospel singer and I have written and recorded a song called “Living Water”. God has called and equipped me as an Evangelist and missionary. It is an honor to be used by the Lord to serve wherever he calls. My life is rich and full beyond my dreams and I will forever praise him in song and testimony. “Brothers, think of what you were when you were called. Not many of you were wise by human standards, not many were influential; not many were of noble birth. But God chose the foolish things of the world to confound the wise; God chose the weak things of the world to shame the strong. He chose the lowly things of the world and the despised things-and the things that are not to nullify the things that are, so that no one may boast before him.” 1 Cor 1:26-29. 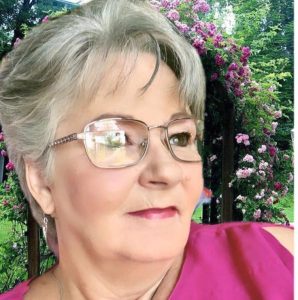